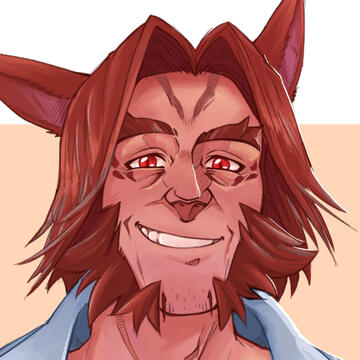 Nifty would strike most as an unassuming, half-baked old coot looking to get under people's skin. He’s curious and playful to a fault, often earning himself trouble. But beneath the childish, mischievous exterior lies a resourceful, passionate, and perhaps troubled man that runs from his own melancholy by seeking thrills in the unexpected.

He grows older by the day, but remains forever young in his spirit.

Nifty is the shameless author of a selection of questionable literature, ranging between serious and comical, and all salacious in nature. They primarily feature interracial Beast Tribe romances. His more notable titles include "Star-crossed Lizards: An Au Ra and Amalj'aa Liason", "Snogging Sahagin," and "Pounded in the Butt by a Handsome Magitek Exosuit".

When he decides it is

Seeker of the Sun Miqo'te

It is a mystery

His eyes speak for themselves; they are alight with mischievous energy. He also has two nicely groomed mutton chops.

Nifty dresses comfortably and fashionably... and sometimes not-so-fashionably. Some of his button up shirts are unspeakably garish.

A pair of reading glasses with the lenses poked out he wears to look “distinguished”, linkpearl

There isn't much that Nifty appears to denounce outwardly, tending to be selective about the battles he picks.

Nifty is afraid of being misinterpreted as insincere, losing loved ones, loneliness, romantic commitment, and himself.

Careful. Ask Nifty about where he came from and he'll never let you hear the end of "the good ol' days."

Nifty tries to maintain a mysterious visage by refusing to reveal anything of actual substance when discussing his past. 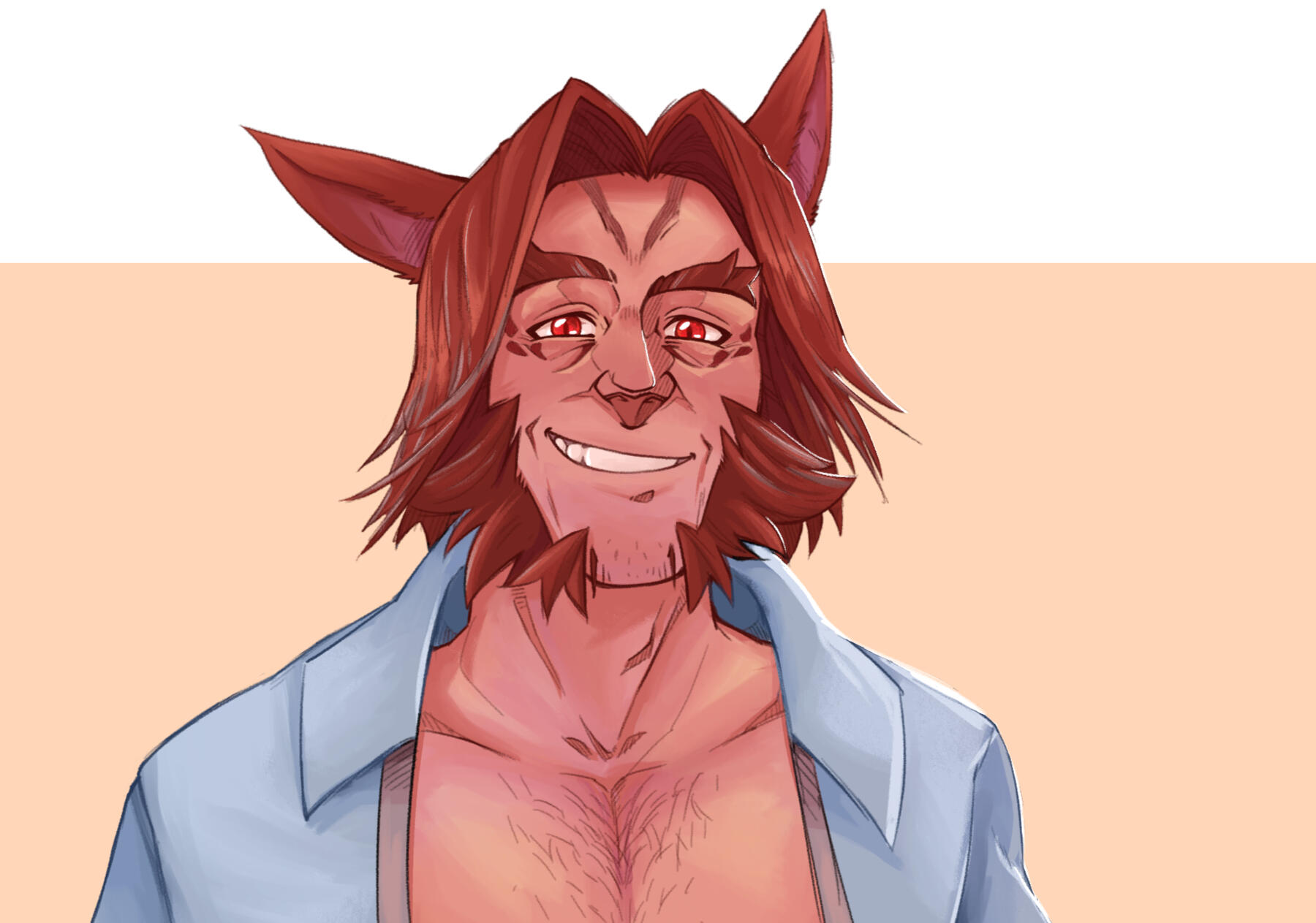 Nifty loves having harmless fun with others. He flirts, jokes, and laughs with high extroverted energy.

Nifty is always keen on sweeping those who need a parental figure in their lives up under his wing.

Nifty likes to foster meaningful relationships with people. He does however struggle to keep romantic ones, which leads to...

Nifty loves fooling around with no stipulations.

The old cat is addicted to the adrenaline surge of finding and escaping life-threatening danger.

Nifty hides many of his deeply repressed issues very well and doesn't seem to open up about them often.

Credit in order of appearance: me [linework] & Wing [coloring] / me

Thanks to my forgetful nature, I keep these notes to ensure I am always on my A-game when writing Nifty.

Not sure how you ended up here if I didn't link you, but there's lots of spoilers and meta knowledge here, so turn away now if you're not interested.

How to Write a Nifty